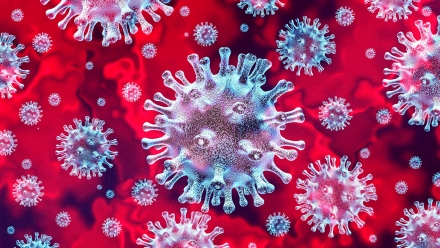 Asteroids are all over the news these days with the NASA-led mission OSIRIS-Rex gathering samples from asteroid Bennu. Bennu is just one asteroid scientists want to study to better understand what elements were part of Earth’s formation.

Luckily, the Australian National University (ANU) is home to world-renown, cosmochemist, Professor Trevor Ireland who is part of the Osiris-Rex Asteroid Sample Return Mission and will analyse samples from Bennu when they return to Earth in three years. He’s also a member of the joint science team for the Hayabusa II asteroid-sample-return mission which is scheduled to land the space capsule containing the asteroid samples in Australia in a few weeks. He will participate in the initial analysis of the Ryugu samples along with Associate Professor Yuri Amelin of ANU and Professor Phil Bland from Curtin University.

Professor Anna Moore, Director of the ANU Institute for Space (InSpace) talks to Prof Trevor Ireland of the Australian National University Research School of Earth Sciences about how he became a cosmochemist, what it’s like to be part of two Hayabusa missions and how the return of Hayabusa II in just a few weeks is being affected by COVID.

Most people have never heard of a cosmochemist. How did you become one?

Cosmochemistry is studying samples from space to understand the chemical makeup of our early solar system.

Conditions in the early solar system are vastly different than they are today. The temperatures are so much higher than anything on Earth. We see elements that we think of as being refractory, being evaporated as the dust and gas falls in to the Sun.

I always had a fascination with both astronomy and geology, and cosmochemistry combines these two fields.

You have a fantastic history and connection with the first Hayabusa mission, launched by JAXA, the Japanese aerospace and space agency, which was the first attempt to bring an asteroid sample to Earth for analysis.

Yes. Scientists rely on meteorite samples (asteroid pieces that survived entry into the Earth’s atmosphere and landed on Earth) to obtain samples of other bodies in our solar system. But meteorites have no context. Knowing which asteroid a meteorite came from is very difficult.

In going to an asteroid, we have the context, but we also have the surface particles of the asteroid that can tell us about the history of that specific asteroid.

Hayabusa was the first spacecraft designed to deliberately touch an asteroid, take a sample, and then take off again. It also allowed JAXA to demonstrate some amazing new technologies, including ion engines and autonomous navigation. Launched in 2003, it was about the size of a large refrigerator, so it’s not exactly the most manoeuvrable of objects. When Hayabusa touched down, a bullet should have been shot into the surface of asteroid Itokawa to excite its dust for Hayabusa to collect.

But the mission didn’t go as planned. In the first attempt to collect dust, the gun didn’t go off. After the second touchdown, something near-catastrophic happened, maybe the thrusters all firing at once, leading to the spacecraft tumbling in space.

Communication was lost, and Hayabusa missed its return window back to Earth. JAXA eventually managed to stabilise the spacecraft and reorient it for communications and solar power. But it would have to wait three more years to return to Earth.

The amount of material returned by Hayabusa was very small. Just over a thousand particles have been catalogued so far. And, the samples that were collected turned out to very tiny—the largest just thicker than human hairs.

The sample container capsule landed in 2010, attached to a parachute, in Woomera, South Australia more than seven years after it left Japan. I was an observer of the landing, and I was on hand as a science team member to help if I was needed. Many months later, I was able to analyse the mineralogy of some of these samples at ANU.

We were able to show that with the high precision available in our laboratory the oxygen isotope composition of the Itokawa particles was the same as a specific type of meteorite, the LL chondrite type of meteorites, and so Itokawa is a possible source of these meteorites on Earth.

In early December, Australians will watch again as the follow-on mission, Hayabusa II, returns to Woomera, South Australia after launching in 2014. It surveyed and took samples from near-Earth asteroid Ryugu.

What are the unique qualities of this mission?

The experience of Hayabusa 2 at the asteroid was quite different from that of the original Hayabusa. The sampling went flawlessly, and we have excellent imagery of the landing to prove it. As such, we expect a much larger sample of asteroidal material to come back to Earth. This in itself may present some issues because in some ways a large sample is more difficult to deal with than a small one. But that is a good problem to have.

While Itokawa was shaped like a peanut and quite a young object (less than 8 million years old), Ryugu appears like a spinning top and so appears to need a much longer time to evolve into this shape. We should be able to confirm this with samples from Ryugu’s surface.

How has COVID affected this year’s landing in Woomera?

Well, COVID has definitely changed things this time around. Right now, the Hayabusa II team from Japan have begun arriving in Australia and undergoing strict quarantine. They must isolate in a hotel for two weeks to be able to participate in the retrieval of the returning asteroid samples.

This strict quarantine has also kept away a team from NASA who participated last time, and it also means that very few Australian researchers will get to participate in the landing itself.

Now, with a flare-up of COVID in Adelaide, travel may be difficult. Hopefully, it will all settle down for my travel through Adelaide at the end of November.

Once the samples are retrieved and the capsule certified safe, the samples and the scientists will have to leave very quickly to return to Japan. Then they will face another quarantine in Tokyo.

COVID will not affect the results from the extraterrestrial samples, but it’s drastically affecting the humans involved and the process of getting the samples from the capsule.